The Washington County Sheriff’s Office has charged a Williamsport man with the rape of a minor.

On February 22, 2017, Detectives with the Washington County Sheriff’s Office responded to the Child Advocacy Center for reported rape.

The 14 year old victim advised that the incident occurred on February 18, 2017 at the residence of the accused, who is identified as Troy Allen Hoover, 40.

Hoover is charged with Rape 1st Degree, Rape 2nd Degree and Sex Abuse of a Minor.

Hoover is currently being held at the Washington County Detention Center on No Bond. 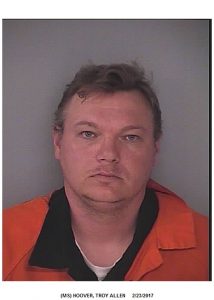 MEDIA RELEASE: UPDATED INFORMATION, BOTH JUVENILES HAVE BEEN LOCATED!

Speaker is a white male, 5’4”, 120 lbs with hazel eyes and blond hair. Speaker was last seen wearing a black jacket and grey sweatpants.

Anyone with information on Jones or Speaker’s location is asked to contact the Washington County Sheriff’s Office at 240-313-2170.

DFC Smith was treated and released from the hospital.

The driver of the Dodge van is identified as Wilson L. Silvis, 70, of Woodbridge, VA.

The cause of the collision remains under investigation.

On February 15, 2017 at 3:15 PM a Washington County Sheriff’s Office Patrol vehicle was involved in a traffic collision.

The incident occurred in the 20200 block of National Pike, Hagerstown. The Deputy operating the Patrol vehicle and the driver of the Dodge van involved were both transported to Meritus Medical Center for the treatment of non-life threatening injuries.

The collision is currently under investigation.

In an effort to address the needs of our communities, the Washington County Sheriff’s Office conducts periodic “Citizen Surveys”.

Sheriff’s Office personnel will also be delivering the survey to various faith based groups, business groups and civic organizations throughout the year.

We appreciate you taking the time to complete the survey and helping the Washington County Sheriff’s Office better serve you.

The Washington County Sheriff’s Office is currently searching for a runaway juvenile.

Hose is a white female, 5’7″, 120 lbs with long blonde hair and blue eyes. Hose was last seen wearing a gray hoodie and black leggings. Hose has a tattoo of a heart on her chest.

Anyone with information on Hose’s location is asked to contact the Washington County Sheriff’s Office at 240-313-2170. 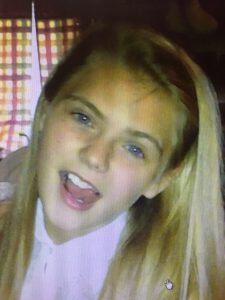 Brunswick, MD – The Bureau of Alcohol, Tobacco, Firearms and Explosives (ATF), and the National Shooting Sports Foundation (NSSF), the trade association for the firearms industry, have announced a reward for information leading to the arrest and conviction of those responsible for the theft of firearms from a federal firearm licensee (FFL). On Saturday, February 4, 2017, at approximately 0545 hours, at least two suspects burglarized R&R Guns and Ammo, located at 52 Souder Road in Brunswick, MD. Multiple handguns were stolen. ATF is offering a reward of up to $2,500, which will be matched by the NSSF for a total reward of up to $5,000. This crime is being investigated by the ATF and the Brunswick Police Department.
This reward is part of a larger national cooperative initiative between the NSSF and ATF in which NSSF matches ATF rewards in cases involving the theft of firearms from federally licensed firearms retailers. “ATF is working closely with members of the firearms industry to curb the criminal acquisition of firearms and is dedicated to assisting and protecting our industry partners as well as the community from those who seek to illegally obtain firearms,” said Daniel L. Board Jr., Special Agent in Charge for the ATF Baltimore Field Division. “The ATF, along with the Brunswick Police Department and our other law enforcement partners, are committed to ensuring that our communities are safe and that those who violate federal firearm laws are held accountable.”
The investigation is ongoing and anyone with information is asked to call the ATF 24/7 hotline at 1-888-ATF-TIPS (1-888-283-8477) or send an email to ATFTips@atf.gov . Citizens can also send a text anonymously via the “ReportIt” mobile app (www.reportit.com) using the ATF Baltimore Field Division as the location.
ATF is the lead federal law enforcement agency with jurisdiction involving firearms and violent crimes, and regulates the firearm industry. More information about ATF and its programs is available at www.atf.gov.
###