On December 31, 2017 at approximately 8:53 AM, the Washington County Sheriff’s Office responded to Broadfording Road at Salem Church Road for a deceased person.

A passer-by observed the deceased in the wooded area near the intersection of the roadways.

The deceased is an adult black male, possible in the 20-30 age range.

The investigation into this incident is on-going. Anyone with information in reference to this case is asked to contact Det. Swope at 240-313-2885.

The suspicious person is described as a heavy set male with white hair and a white beard, wearing a red suit, matching hat and black boots. The male is also carrying a large red bag filled with gifts.

From all of us at the Washington County Sheriff’s Office, Have a Safe and Merry Christmas! 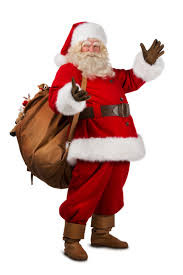 Upon securing the residence numerous items were identified as being used in the manufacturing of Methamphetamine, a schedule II controlled dangerous substance.  The residence was evacuated and the Drug Enforcement Administration Clandestine Laboratory Team and local law enforcement began making the chemicals and residence safe and obtaining samples of the substances.

All three occupants were charged as follows:

All three were transported to central booking.

Anyone wishing to report narcotics information is encouraged to contact the NTF by calling 301-791-3205 or going to our web site at WCNTF.net

GLADFELTER has been located safe!!!

Lucas Paul GLADFELTER was last seen on December 21, 2017 at approximately 8:30 AM walking along Leitersburg/Smithsburg Road, Smithsburg, in the area of Brook Lane, towards Leitersburg.

Gladfelter is a white male, 5’10”, 125 lbs with brown hair. He was last seen wearing a green tee shirt, jeans and a beige jacket.

Anyone with information on his location is asked to contact 9-1-1 immediately. 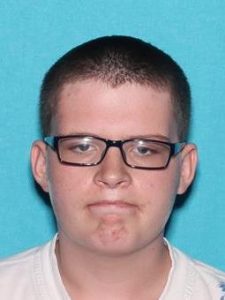 Normally posts made by the Sheriff’s Office are pretty formal; we aim to get the facts out without putting in our individual opinions.  This post is a little different.

On December 11, the Sheriff’s Office held the annual “Shop with a Sheriff” program. The Sheriff’s Office partners with the community and local business to try to spread joy to local children whose families need a little extra help this holiday season.

Each year the Sheriff’s Office works with local resources to identify children to go shopping with a deputy so that the child may purchase clothing, toys, and even gifts for family members.

This year, as in years past, DFC Corey McCarthy volunteered to be one of the “shopping deputies”. Corey was paired with a very sweet little girl named Madison. As they began their shopping adventure, Madison let Corey know that she really was hoping to find a panda shirt; Madison is pretty fond of pandas.

They searched the store high and low, but were unable to find a panda shirt. Now, Madison was able to leave the shopping event with some pretty awesome gifts, but just not the panda shirt.

Wanting to bring a little more happiness to this sweet little girl, Corey took it upon himself to find a panda shirt for Madison. Yesterday, Corey made a special lunch time trip to visit Madison at school and give her the panda shirt he found.

A little birdy who witnessed the exchange, said “Her eyes lit up when she saw him, she got the biggest smile on her face”. This is what the Holiday Season is all about.

I am beyond proud to say that I have co-workers such as DFC Corey McCarthy.

Stay safe and have a Merry Christmas! 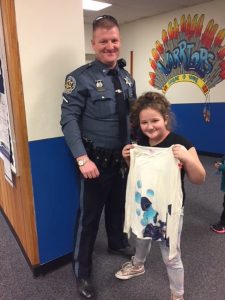 Congratulations to the Crime Prevention Unit!