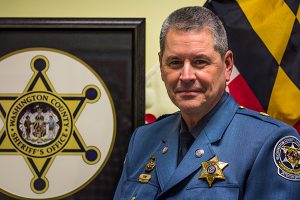 Major Craig Rowe was selected and recognized by the American Jail Association as the 2015 Correctional Administrator of the Year during the 34th Annual Conference and Expo in Charlotte, NC. 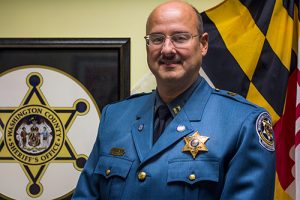 Captain Long was appointed Assistant Warden of the Washington County Detention Center in 2012. Prior to that he worked his way up through the various ranks, serving as a Shift Commander for 25 years and as the Chief of Security for 4 years. During his 35 year career at the Detention Center, he has served under three Sheriffs and three Wardens and is currently the longest serving member of the Detention Division. He received his A.A. Degree at Hagerstown Junior College in Administration of Justice and is a member of the American Jail Association and the Maryland Correctional Administrator’s Association. 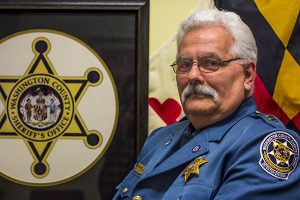 Captain Doug Moore graduated from Clear Spring High School, in June 1977 and is a lifelong resident of Washington County.

On May 14, 1984, Doug Moore was hired as a Correctional Deputy with the Washington County Detention Center. He attended and graduated from the Western Maryland Correctional Academy.
In 1986 he was promoted to Deputy First Class and assigned as Assistant Shift Commander on the 2400-0800 shift . In July of 1989 he was promoted to Corporal and assigned as the supervisor for the newly formed Booking Unit. While in charge of the Booking Unit he and his staff made numerous improvements which greatly improved efficiency and accuracy of that department. While in charge of this unit in 2005 he was promoted to the rank of Sergeant.

In 2009 he was promoted to the rank of lieutenant and was instrumental in the development and implementation of the new Washington County Sheriff’s Department Central Booking and was assigned as its first supervisor.

On August 3, 2013, Lt. Doug Moore was promoted to the rank of Captain and assigned as Captain of Operations (Chief of Security).