The Washington County Sheriff’s Office has charged two Hagerstown men in connection to an assault.

On March 4, 2021, at approximately 2:44 AM, Deputies responded to 20 West Poplar Street Funkstown, MD, about an assault. Upon arrival, deputies contacted the victim, who had a large laceration across his forehead.

The victim said the previous evening he had been doing his laundry at the public laundry mat in Funkstown. When he returned to his tent, he discovered his tent was on fire. As he approached the tent, he was struck from behind. He turned and saw two males assaulting him. He identified these males as “Roger and Brick.”

The victim stated they were accusing him of stealing a scooter.

The victim advised the suspects continued to accuse him of stealing the scooter and continued to assault him. The victim stated Roger struck him with his fists in the face and head area. The victim stated “Brick” struck him multiple times with a machete and shovel. He stated he attempted to flee several times but was prohibited from leaving by both males. He stated he was assaulted as he attempted to leave.

The victim was transported to Meritus Medical Center for treatment of his injuries.

The suspects were identified as Roger Ernest Heare Jr., 35, and Robert Brittany Heare, 38.

Previously, deputies observed Roger Heare inside of lot 23. Deputies established a perimeter, and the Washington County SRT team was called to the scene to facilitate entry and an arrest of Roger Heare.

At approximately 5:23 AM, the SRT team made entry into the trailer and located Roger Heare and his brother Robert Brittany Heare, identified as “Brick/Britt.” Both suspects were taken into custody.

Both are currently being held at the Washington County Detention without bond. 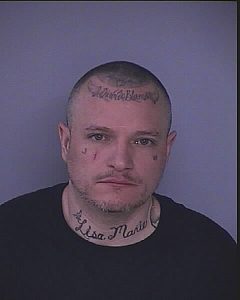 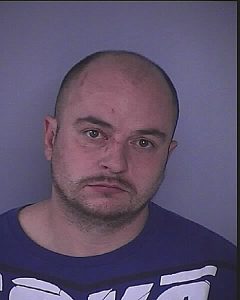