It is believed that Butcher and the victim engaged in an argument that turned physical. During the altercation Butcher stabbed the victim with a hatchet.

The incident occurred in the area of the railroad tracks to the rear of the Dollar Tree, Massey Blvd, Hagerstown.

The victim sustained two superficial lacerations to his stomach, a deep 6 inch laceration to his left forearm and a 2×4 inch deep stab wound to his right hip. The victim underwent surgery to repair his injuries. The victim is currently in stable condition.

Butcher is currently being held at the Washington County Detention Center on with bond. 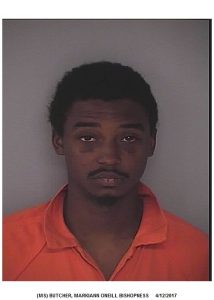