The suspect was described as a white male, approximately 6’ tall wearing all black; including gloves and a face covering. The male fled on foot towards Maugans Avenue, in the direction of the BP station across the street.

Anyone with information in reference to this case is asked to contact the Washington County Sheriff’s Office at 240-313-2170. 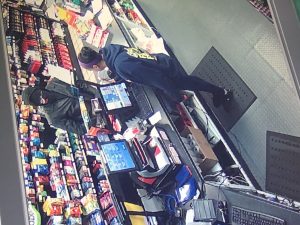