Upon arrival Deputies found the glass to the front door of the business had been broken out. As Deputies investigated the incident, at approximately 7:58 AM, a caller reported that their motor vehicle had been stolen. The caller was able to give a description of the suspect and it was determined to be the same suspect as the burglary to the Liquor Store.

The suspect was not with the vehicle.

Law Enforcement searched the area for the suspect but was unable to locate him.

The suspect is a white male, 20-30 years of age, with blond hair, facial hair and wearing long shorts. The suspect sustained a laceration to his right forearm.

Anyone with information on the suspect’s identity is asked to contact the Washington County Sheriff’s Office, 240-313-2171 or if you see the suspect call 9-1-1. 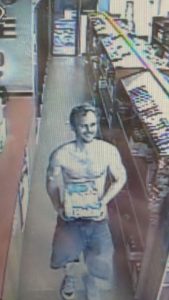 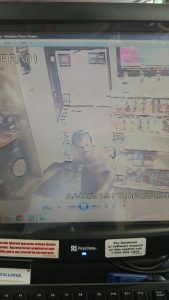