The Washington County Sheriff’s Office has charged Christi Diana Slade, 44, for the June 20 robbery of the M&T Bank on Pennsylvania Ave. 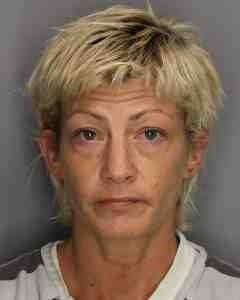 After receiving an undisclosed amount of money the female fled the area in a light blue Dodge Caravan with New York registration.

The suspect is a white female, approximately 5’4″, with a thin build.

Anyone with information on the females identity is asked to contact the Sheriff’s Office at 240-313-2171 or if you see the vehicle call 9-1-1.