On August 8, 2017 at approximately 3:41 PM, the Washington County Sheriff’s Office responded to the PNC Bank, 17708 Virginia Avenue, for a reported robbery.

Witnesses stated that a black male, wearing a blue sweater, walked into the bank and handed the teller a note demanding money. After receiving an undisclosed amount of US Currency, the male fled the area.

The Washington County Emergency Communications Center was able to track the stolen money to the Pilot Travel Center; 16921 Halfway Blvd. Deputies responded to the Travel Center and conducted a search of the area.

While searching the area a Deputy located a Chevy Blazer which was later found to have a female driver and a male matching the suspect’s description hiding under a rug in the rear passenger area.

After reviewing security footage of the robbery, Deputies were able to identify Diggs as the suspect. After further investigation, it is believed that both Norris and Diggs conspired to commit the robbery together.

Both Norris and Diggs are currently being held at the Washington County Detention Center on no bond. 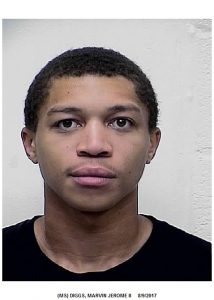 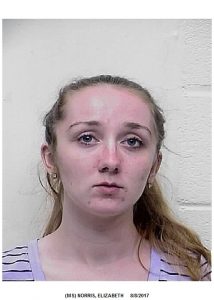